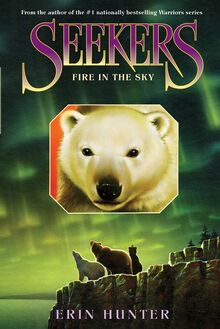 These notes are brief, noting major events and minor events that will be of consequence later.

These are intended to be used as a reference for those looking for specific events for re-reading and the likes.

Retrieved from "https://seekers.fandom.com/wiki/Fire_in_the_Sky/Cliffnotes?oldid=21262"
Community content is available under CC-BY-SA unless otherwise noted.