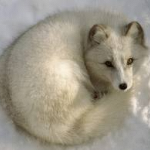 It's fine, Mistey. Your contirbutions were no way uncontributive - you've shaped this wiki more then I have - no one would have even thought that you were 12 when you became a bureaucrat. I agree with you about immature users - not because they're underage. Users that aren't contirbutive, if they vandal or cause trouble. Blocking is a good idea.

Sorry 'bout that. I didn't realise I wasn't the right age! Thanks for warning me. Wanna get on chat?

I would like to be rollbacker or chat mod I may not have 3 months of experience but I still think I would be a good roll backer or chat mod I am active on Chat I am fair and I want to help this wiki very much Plus I have almost 3 months of experience and 134 edits I understand all the rules thank you and if you don't think I would be good for one of theses positions Thank you and I will always respect your decision silverheart 02:34, January 25, 2013 (UTC)

Hey Mistey! Silver as asked me if he can become a chat mod but I'm unsure... What do you think?☮♞✞SorrelΩflower☠☯⛄I need Coffee!

Unsure... I don't know what it really means by the three alliances to choose from... ☮♞✞SorrelΩflower☠☯⛄I need Coffee!

FindToklo - A box that shows Lusa's trip to find Toklo.

Switch - Allows on book pages to change to see front or back picture.

Tell me what you think.

Do you like the character arts I made on Manulik Wiki? If so, I can make a blank of the outline and post it on here to color in.

On Fochik, Miki, Aylen, Pokkoli, et cetera, do we make them as adults? and what about Tobi?

Oh, BTW, You know the Template:InsertUsername? I figured it out. It CAN'T work. Check this out. It explains the steps to add code to your MediaWiki:Common.js.

According 2 wikipedia, it says that Lusa's Tale will be released this year. Thats all I have been able to find so far. I am still lokking though. :)

Thank you! Wanna get on chat? ☮♞✞SorrelΩflower☠☯⛄I need Coffee!

wanna get on chat RIGHT NOW

Could I help make and edit the chapter pages? I would love to help. :)

Done. FYI, Template:R/b. Also, should I keep adding the book infobox? If not, I guess you can just delete it. Also, is there a river in River of Lost Bears called River of Lost Bears? Or is it just a river? If it is called that, we'll need to change it to River of Lost Bears (Book), and possibly Forest of Wolves (Book) also. I'm not making anymore chapter pages for a while until wikia fixes the Category issue. It takes forever to add the categories. I might start soon, though. IDK if they will fix it or it was an update

Why is Template:Chapters protected? Anyway, I need to edit the chapters template. I found a color that will work. #82BF6D http://seekers.wikia.com/wiki/Template:Cliffnotes

Are we going to have pictures on the human pages? We could always have a simple picture.... What do you think?

Okay, sorry. Do you want me to remove them? I'll do it. You dont do it or Sorrel. That'll be my punishment.

I just had an idea. You know on facebook, if you don't have a profile pic it comes up with like a sillouhette of a male or female? Maybe we could do that for the human characters... just a thought.

So do I undo them? I actually had a request wriiten out on your talk page. I figured, well, might as well do it anyway because, knowing you, I thought you'd like it.

Since 'Tom' and the Buisness guy (Senator) were actually different people, I thought it would be easier to rename Tom's page Senator and create a new page for Tom with the right infomationbecause all the Senators info was on Tom's page. Sorry for the confusion.☮♞✞SorrelΩflower☠☯⛄I need Coffee!

Okay, this is an idea - previously featured on front page to go on articles if they have been featured on the front page, and one that says is featured - obviously it needs improvement and more excitingness, with a better heading style (like the wiki logo or something). Consider? ☮♞✞SorrelΩflower☠☯⛄I need Coffee!

Ps. as you can see... there is a problem with it - it contains the whole message. help me fix it somehow?

- btw, I had to remove the thing becuase it would contains all other messages after this.

I just uploaded some pictures onto the photo gallery thing, and I don't know how to get them off of there now. I really need some help please, because I have not been on here for a while and I have forgotten most things. Thanks Lusa bear (talk) 18:03, April 7, 2013 (UTC)

I put Lusa on every one because I didnt have access to the real POV. I figured we'd change it later on.

Thanks for removing them. You know the Seekers poll on the Seekers wiki. Well I clicked on my favourite bear, and it voted more than once, when I only clicked on it once. Its strange, so I don't know if you could reset it or something, because I think its a bit unfair, for other people to know, who's favourite bear is who's. Lusa bear (talk) 19:35, April 10, 2013 (UTC)

Visit http://seekers-test.wikia.com/wiki/File:Bear_Character_Art_2.JPG and tell me what you think

I didn't. I blanked it. It is from Toklo's Story. We have right to use it since it is apart of Seekers. http://seekers-test.wikia.com/wiki/File:Bear_Character_Art_2.JPG Manulik The Kodiak Bear - Warrior and Seeker Forever 01:32, April 12, 2013 (UTC)

Would you rather it facing the other way? I could add eyelashes to make a girl, shrink it to make a cub. Make it larger for big bears. A little smaller for a black bear, larger for a polar, even larger for a grolar. Whatever works.

If your still here, wanna get on chat? I wanna discuss character arts.

I know it says: "If you've got a problem, leave a message on my talk page." I don't have a problem, but I'm explaining the situation.

Mistey, I asked so I could put the type the admin wanted me to put, not the way I thought was right. I hadn't thought of changing the name of the address to something smaller. Secondly, no I don't have a problem with you and if you're thinking you removing my chat mod rights made me mad at you, it didn't. I have no problem not being chat mod because I realize I didn't deserve it. Thirdly, now that I read it, it does sound meaner then I meant. I was just saying "There you go Mistey 'Actual Cites'" Actual Cites means the ones you wanted, not my fake ones which I call "Fake Cites." It was also meant for you to check them out and see what you think..... so..... What did you think?? Should the renamed addresses be capitalized?

All of this wasd just misinterpretation. You've been my best friend (even better then my real life best friend) since the day I joined this wiki and I don't want that to end. Not your fault about the chat mod, I didn't diserve it when you took it away. Manulik The Kodiak Bear - Warrior and Seeker Forever 13:20, April 14, 2013 (UTC)

guys...... it was a joke...it wasn't ment to be mean........ and also ( i 'll probably get banned from the wiki, but, who cares I've seen the attitude shown on here) CASE. IN. POINT. ITWASN'TMEANTTOBESERIOUS,BUTYOUHAD TOFLIPOUTANDBARGEINTOMYPAGE,ANDSTARTGOINGMONKEYDLUFFYONME!!!!!!!! GOD I'm sorry i 'offended' you.

It's okay. It's great to hear from you, after these few days. ♞☮SorrelΩflower☯⛄ I'm watching you...

I have just noticed that on the page Dog it says that Ujurak mets Maria in Smoke Mountain but he meets her in The Last Wilderness book. Lusa bear (talk) 16:38, May 26, 2013 (UTC)

Hi, the alliance is official, but Kitsufox asked me about putting a box with the wiki logos of Warriors and Survivors on the home page. I can't make one since I'm so rubbish at it, so can you try? ASAP, please. I would do it myself but yeah, I'm rubbish. Can you? ♞☮SorrelΩflower☯⛄ I'm watching you...

I haven't seen you here... in a very long time. I'm just wondering, but have you left? We miss you. ♞☮SorrelΩflower☯⛄ Believe in yourself...

Seekers: Return to the Wild

I've been considering this for a while, Mistey.

As you may have realised, many character sections for their appearences are very small and need a ton of infomation, as they appear much more in the book then it says. Such as Shila, for instance. I'm sure she appears much more. The same issue is with the book articles and chapters and cliffnotes. Take ROLB and TMS for example. I think we could combine cliffnotes into a Project books, and giving bronze, gold and silver grades depending on the quality. I.e. on the talk pages, for a bronze, silver or gold nomination, a user could work on one character/chapter/book article/cliffnotes, and put it on the talk page of the project it falls into. What do you think? Sorry if this seems confusing. ♞☮SorrelΩflower☯⛄ I'm watching you...

Manulik asked me this: Next time you are on, can you make me an admin. I need firsthand access to the Common.js. The Kindle Previewer has a problem. Once I've finished, you then can remove me. I tried to make him an admin, but it wasn't letting me do it. Can you try? ☯☮Sorrel. That's the name.♫ Ignite the light...☔ 23:08, July 31, 2013 (UTC)

Hello Mistey. I have a quick question; do you know why I am banned from chat? It's not a complaint, I'm just curious to know what I've done so that I may not make this mistake again? ♦Arcticblizzard♦Booyakasha Shredhead!

Retrieved from "https://seekers.fandom.com/wiki/User_talk:Mistey?oldid=22468"
Community content is available under CC-BY-SA unless otherwise noted.